Welcome to the Space Haven Wiki!

The Space Haven video game database that anyone can edit!

This wiki currently has 54 articles and 163 files. 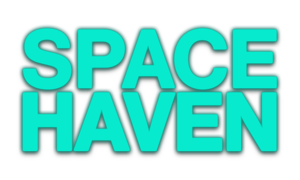 Space Haven is a spaceship colony simulator, inspired by such games as Rimworld, Oxygen Not Included, Spacebase DF-9, and Dwarf Fortress. The game was developed by Finnish indie development studio Bugbyte Ltd. and released on May 21, 2020 for Windows, macOS, and Linux computers.

The Earth is dying, ravaged by decades of calamity. As humanity abandons its burning homeworld, you and your crew are among the privileged few with access to a temporary haven and a chance at survival. Build your ship and gather your crew to carry you between the stars. Choose whether you’ll be heroes or villains as you struggle to survive, or watch your ship become a tomb for other, more successful crews to loot. Whatever happens, it is up to you to chart your course.

Make sure you read our community rules first!